via engadget.com On April 26th, the Music Modernization Act passed the House of Representatives in a unanimous vote (there were no negative votes, but 16 representatives did not cast a vote). The bill still needs to be passed by the Senate, but considering the overwhelming support in the House, it seems like a safe bet that the MMA will become law soon. This comprehensive bill reforms the way the music business works in four different ways. The biggest change is that it creat
173 views0 comments 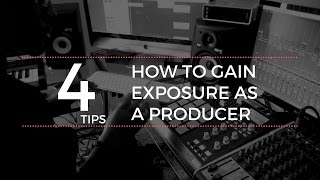 How To Gain Exposure As a Producer

via cnbc.com In a viral op-ed from Taylor Swift on the future of the music industry in The Wall Street Journal, the Grammy award-winning singer and songwriter said the music industry is "just coming alive." Here are 5 key business tips from Swift: 1. Artists must realize their worth. The value of an album is based on artistic effort and self-imposed financial value, and Swift said that musicians must promote their work as something rare and valuable. 2. Declining album sales
62 views0 comments 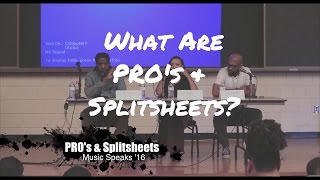 The Benefits of PRO's & Split Sheets

via HowStuffWorks Ready to move out on your own as a music producer? Then you've probably completed the initial steps -- getting the training you need in music production, working with the pros in sound production and studio settings, and making the contacts you'll need to further your music career. But while going out on your own gives you much more freedom than working for a record label or a recording studio, you also have the responsibility of being in charge. That means
116 views0 comments
Anthony Clint Jr.

Only Listen To Those Who Have Accomplished Success

I came across an article on razrmusic.com that pretty much summed up how I feel when those who have achieved no success or even have no idea what it's like to work in the music business speak negatively about it. Below is just a small portion of the article, but I'm sure many musicians can relate so I wanted to share. Don't give up on your dream, stay positive, and work to make it a reality! ... By T. Hess One of the worst ways to ruin your chances for success in music is to
3 views0 comments
Anthony Clint Jr.

Charging For Tracks vs. Giving Music Away Free

Compare and Contrast: Charging for Tracks vs. Giving Music Away Free The meteoric rise of digital music has completely altered the way that musicians attract attention, create fans, and profit from their art. The brutal reality for musicians in the modern world is that fewer and fewer people are buying albums. Most music fans use services like Spotify and Pandora to listen to all the music they can tolerate, without having to pay a dime for albums. Musicians need to be able t
7 views0 comments
Anthony Clint Jr.

What Happened To The Music Industry?

According to former creative director of Motown Records, the music industry is gone. Check out the video below and let me know what you guys think. Is the music industry still here? Is it different? Is it evolving? What's next?.. #musicbusiness #musicindustry
8 views0 comments
Anthony Clint Jr.